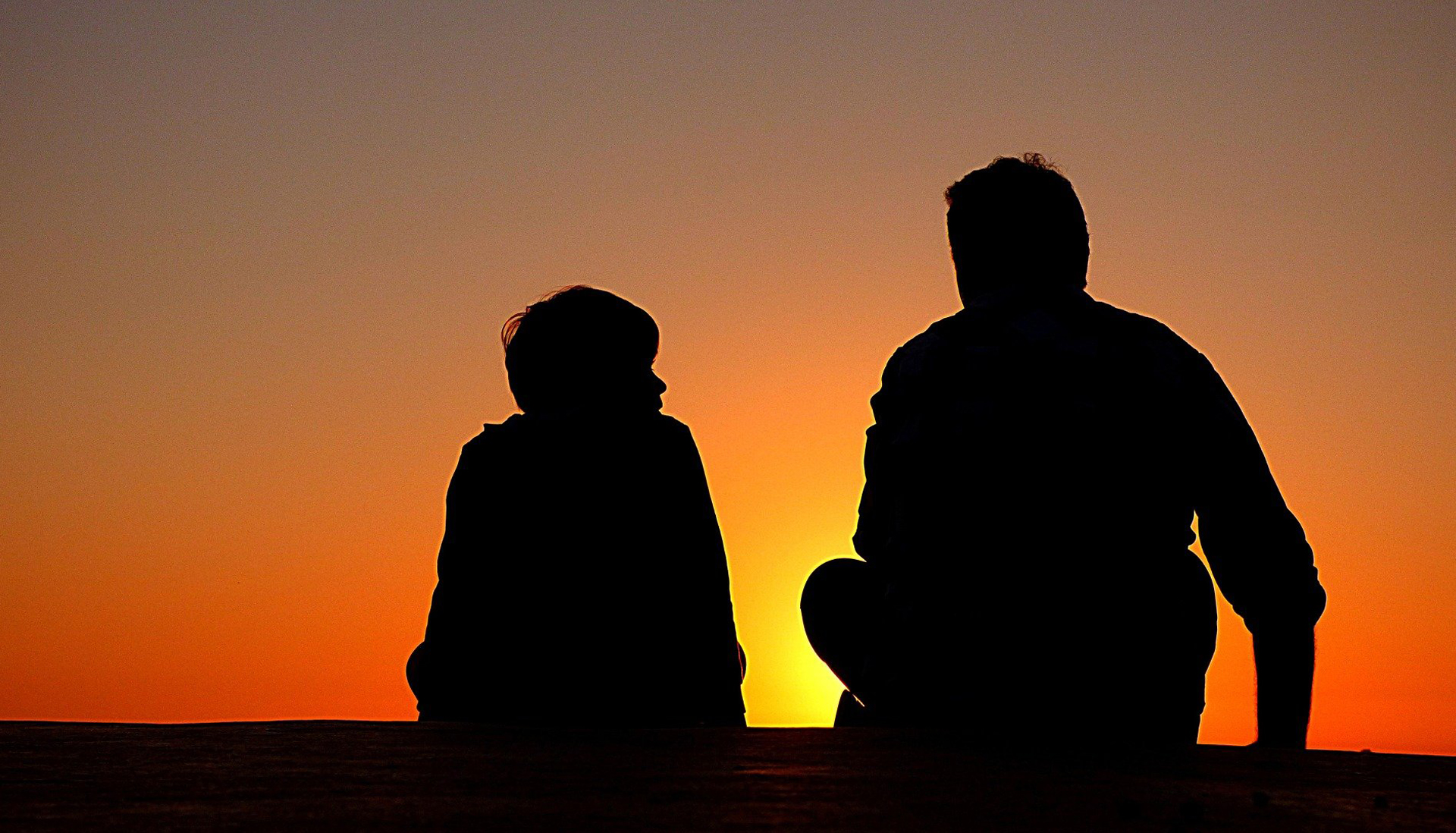 “if any man shall say unto you, Lo, here is Christ, or there; believe it not, for there shall arise false Christs, and false prophets, and shall shew great signs and wonders; insomuch that, if it were possible, they shall deceive the very elect.” -Matthew 24:23-24

Those that know me know that I like to say that all churches/denominations are cults. This is because Merriam-Webster defines “cult” as:

This definition is simply too broad. When looking at the definition of “cult” in many religious circles, the term cult gets used for anything that is not affiliated with that group or that disagrees with said group. This is confirmation bias and cannot be used to determine much of anything.

The dangerous types of cults may be seen in a variety of circles, from religious to business to politics and more. Each has their core belief systems that will make sense on the surface, but falls apart upon closer inspection without a wide breath of mental band-aids. Yet the core belief I have found in these groups is the same: egoism. When I say “egoism,” I mean both the “us verses them” mentality and the idea that members are in some way inherently special.

Members see “truth” when all others are being lied to. Members have access to occult (secret) knowledge that only an elite group gains access too, yet there is a pretense that they wish everyone to gain this “secret wisdom.” They may pretend to teach there is good outside their group. However, because those outside their groups do not have equal access, for whatever reason, the next life for believers will somehow be better or more advanced, while good people outside the group will receive a positive, but lesser standing.

When trying to determine if a church or group is a dangerous cult, there are some questions to ask, and signs to look for. These sign may not (necessarily) be where they live or what they wear. If we see a group of people living in yurts, dressing like they are from culture they do not belong to (ex. Caucasians dressed as indigenous Americans or Buddhist monks) we should not assume these people are in some sort of crazy or evil cult. Many, in fact I would argue most, truly manipulative cults see members living in average homes and dressing like one would expect from their walk of society. To evangelize to prospective members, they will want to be seen as relatable.

Again, many assume that manipulative cults are filled with the emotionally weak or mentally unstable, that they are crazy people with weird or strange beliefs. This is not always the case. In fact, a successful counter-culture cult will be filled with the opposite types of people. This is why the Savior said that even the very elect could be deceived (Matthew 24:24). To identify a truly dangerous cult, look for subtle manipulation. Members will likely not even realize they are doing it. For example, when they teach idea “x” and we point out a flaw, then we made a mistake not them. When they said “x” they really meant “y” all along.

This works because it creates separation between those in this type of cult and those outside of it. They have been taught to see naysayers as the enemy or the misguided or somehow confused. If we were to go along with their new idea, “y,” as if that is what “x” meant all along, then we are one of them (potentially), a “golden contact” as it were. If not, then we are an outsider, “of the world,” so to speak. This is the shell we must pierce, helping those see the illogical contradictions for themselves. As Christians we do this by offering the opportunity to unite in Jesus Christ, rather than dogmatism. We must love one another as God loves each of us—where we are. We should not be forced to believe in ideas “x” or “y” but in Jesus  as the Christ, the Word made flesh.

it is important to understand that there is no magic here, no mind control, no demonic possession. This is simply ego fulfillment. The people that fall into this trap give “great devotion to a person, idea, object, movement, or work” because they feel this devotion feeds their own egos (Merriam-Webster, cult 2). Regardless of their attempts to hide secret “truths” or teachings until after they have been properly integrated, it invariably begins with ego polishing ideas. Recruits are “strong” for giving up normal things, or if they have already rejected these things then they are somehow gifted.

At the same time, even in these types of cults, members are made to feel that they are somehow unworthy, not good enough. They bully and berate themselves. They are made to feeling worthless. And the worst part is that when they seek help from inside the group, they are told again that they are wrong—they are self-shamed for having any sort of doubts. This merely continues the status quo, trapping members further into the manipulative cult. They feel somehow indebted to them.

These false mentalities reject the reality that it is by the grace and great condescension of God to us that we do all good works (Jacob 3:7 RAV, 4:8 OPV). The point of religion is to lift us up as we reject the ego, pride, and selfishness to become altruistic, like the God that created us. Religion is an opportunity to be humble for the sake of a greater sense of purpose. Yes, everyone has doubts. However, if we keep our baptismal covenants then we will truly be there for one another, to mourn with those that mourn and to have joy with those with joy (Romans 12:15,; Mosiah 9:39-40 RAV, 18:8-9 OPV, Doctrines of the Saints 13a:67). And most importantly, we will not fear those different than ourselves as we will see the Creator in everyone.

If you suspect that someone you know or love is in a cult, first off don’t panic. The best thing we can do is love them. By trying to convince them they are in a destructive cult, we run the risk of driving them deeper into that cult and building a wall between us and them; between them and reality itself. In Doctrines of the Saints 3a:7 we read:

“When we change perception we change reality. Reality is defined by how we see the world. After we have taken the above steps, walking the path of teshuvah, the way we see the world changes. When we see through human eyes, we see weakness and sin. Once born again our perception changes and we see God’s creation as He sees it: it is good.”

If we are unsure if our friend(s) or loved one(s) are in a dangerous cult, there is a test. In the Bible, in 1 John 4:1-6, we are told not to believe every spirit, but to test them. The test John gives us is to ask if Jesus Christ has come in the flesh. Now, many can answer this question as “yes.” However, in the Gospel of John 1:14 we find the deeper meaning here: Jesus is the Word made flesh. If we are told to pray on the truth of something, or are given a vision or revelation that decrees Jesus was a man, or anything other than the Word made flesh, then we know the spirit failed the test and is evil. We may have the light of Christ, but Jesus IS that light,

Processing the light of Christ, we must do everything reasonable to keep the channels of communication open. Don’t give your friends or loved one an excuse to cut you out of their lives. Eventually they will remember that you are a trusted ally that will not judge them, and that they can speak to you when doubts finally surface. Don’t be afraid to learn about the cult, but don’t get sucked into it or feel the need to join or go to meetings to placate your loved one(s). By supporting them and showing interest they trust you. And when they do open up, don’t place blame on their religious beliefs. Ask them simple, thought provoking questions and let them think for themselves.

Remember, YOU cannot fix them, I cannot fix them, but God can, if they will listen. By loving them and letting them work things out, that light of Christ in you can help bring them home. The one exception to this rule is if they become a threat of harm to you, themselves, or others. If the cult they belong to gets violent, please contact the proper authorities. It does not matter if the cult is a church, as so-called self-help group, a political organization, or even a business. If violence or the threat of violence becomes an issue, for safety reasons we must alert the proper authorities. Beyond this, the best remedy for getting people out of cults is loving them. Don’t let the cult drive a wedge between you and them. Always let them know you are there for them, no matter what and that you love them.

“He healeth the broken in heart, and bindeth up their wounds.” -Psalms 147:3